After some rainy weather over the weekend a dry covered track greeted Whitchurch on our arrival at Wokingham CC - the day was overcast but warm but a breeze took the edge of the temperature - good ball swinging conditions we thought but the ball didn’t move that much in the air- so Whitchurch batted first on a good track against a good Wokingham attack and everyone contributed with the bat with 50’s for Woody and Tommo and 20’s from Jon S, Scooby, Andy M & Nick H - we closed on 220 for 5 off 40 overs. Oppo bowling and fielding was good, and they took some really towering catches on a big ground. 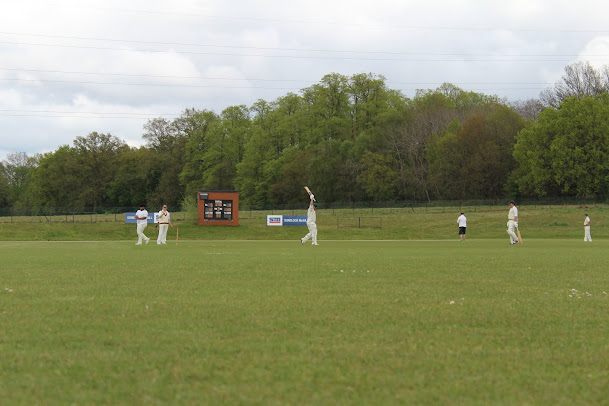 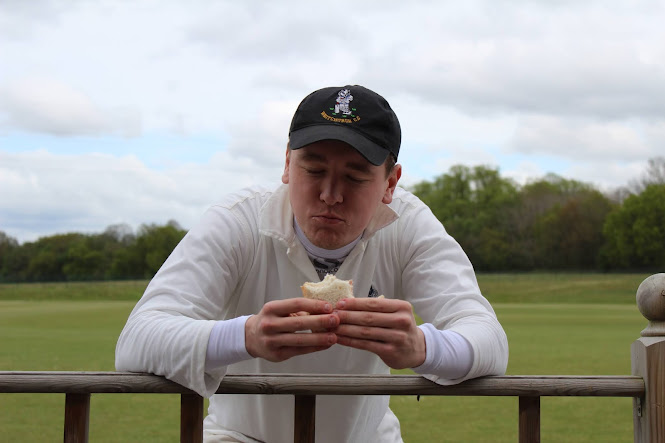 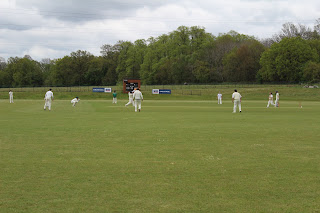 Whitchurch took to the field and Wokingham found it difficult to get going- they carved a few catching chances into the covers which were not taken, and it was Jonny G who bowled well who took the first wicket and thereafter there was a regular clatter of wickets with again many of the team contributing. Lyn bowled well in his first game of the season as did Corm ,Anand, Scooby, and Nick Hill. Wokingham finished at 102 for 8 off their 40 overs.

For me there were several highlights

•We played as a team and had fun

•Tommo took a catch that was traveling like an Exocet missile

Well done team - a nice beer was had with the oppo on the terrace outside the Wokingham pavilion- roll on next week - away to Greys Green.

Cheers all and have a great week