Wow a match without fisticuffs! A beautiful sunny 25 degree day and a very hard and quick wicket greeted the teams. It took a nano-second for WCC skipper to decide to bat when he won the toss. It was a bit of a slow start but when a half volley presented itself Scooby let rip and was caught in the covers one handed - great catch and very unlucky Scooby. The innings progressed and the scoring rate increased and a great knock of 94 by Nick Hill acted as the backbone of the innings supported by aggressive cameos by Francis and Callum who was playing his first game for the club. Whitchurch ended at 239 -9 off 35 overs.

The Farley Hill response was aggressive from the start and the game looked as if it was slipping away but a great catch from Lyn on the boundary quietened, their aggressive intent and the game turned once again Whitchurch's way. They slowly rebuilt and whilst a few wickets fell they had the chance to rebuild between dismissals. Farley Hill needed 10 from the last 2 overs and 6 from the last over - squeaky bum time but their skipper Ali saw them home with 3 balls to spare.

What a finish - we've had several close finishes this year and like with the others this really could have been a win, lose or tie - a great game. All the bowlers bowled well, and it was the regular attack this week, but a really good wicket ( thanks to Jon) and a good batting side meant we could not maintain our squeeze on the reply. Couple of special mentions -Callum playing his first game for WCC batted bowled and fielded great - Anand did a great job keeping wicket- and it was great to see the Chairman Mike Butt watching for a few hours. Well done all - on the homeward stretch 4 games left - Next week Checkendon Away - a lovely ground. 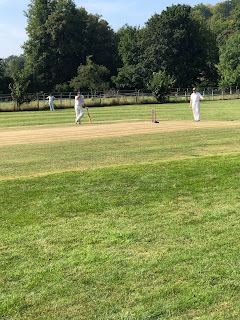 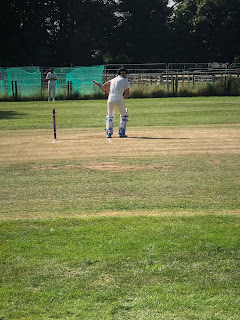 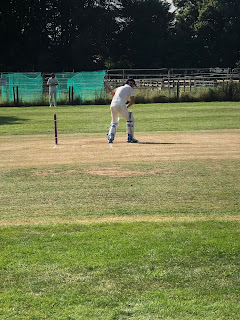 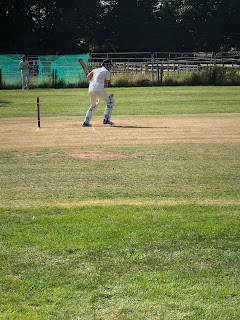 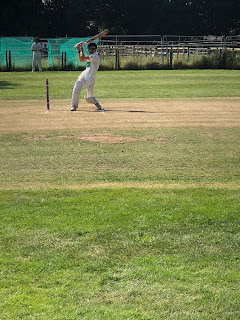 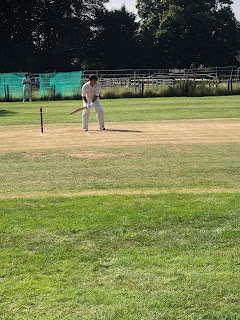 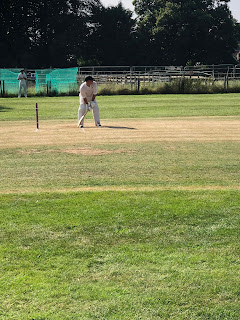 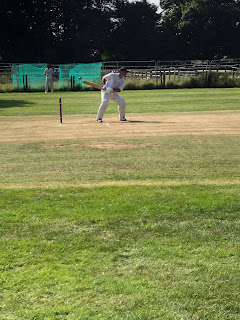 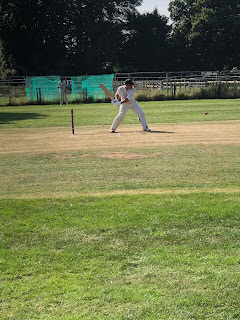 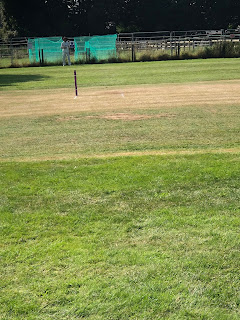 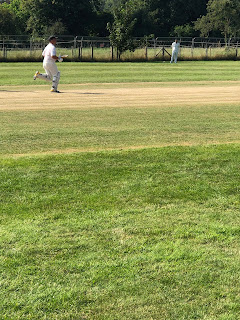 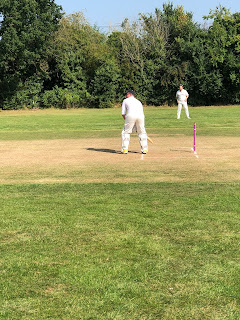 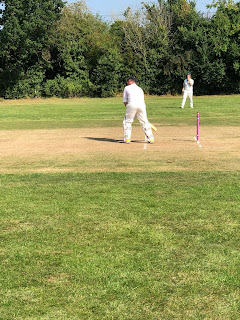 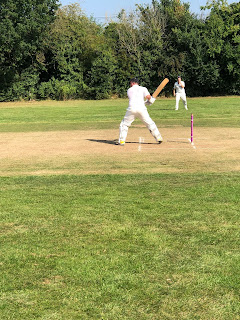 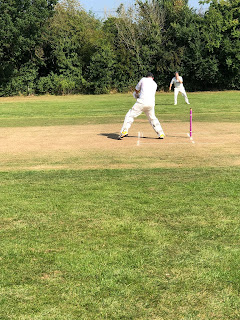 So, for a second week in a row, we nearly came to blows! A feisty competitive encounter where WCC won the toss and batted first on a hard wicket. Good knocks by Woody, Andy M and Cormac saw WCC to 168 all out. Whereas last week we had a very quick bowler the likes of which we hadn’t seen for years at WCC - this week he was usurped by someone even quicker!   and it was this bowler who got into the altercation with Woody when he bowled him a very quick bouncer that Woody was able to deflect away from his chin with his gloves - this was close! and led to Woody putting   a helmet on! (Not many bowlers have done that!) The ensuing situation led to handbags at 10 paces with their slip and Cormac ( who was umpire) trading niceties!   They had a good bowling side and on a very good wicket with the ball coming on we always reckoned we were 30 runs short. The Reading reply started quickly 1 opener acted as an anchor whereas their other opener ( first team league player for Sulhampstead) we

A feisty encounter with an oppo which was a last min stand in for Wokingham who pulled out earlier in the week. Overcast conditions became full sun as the afternoon wore on and West London won the toss and batted on what was a slightly damp wicket at the start of the game. Really good bowling by Andy H ( playing first game of the season), Grogie, Tommo( v quick today) Francis, Lyn and Anand. The absolute highlight however was 3 catches by Eagle Morrell ( 2 of them one handed plucks from balls hit hard) were outstanding - well done eagle. One other moment of note was Tommo ( my head hurts) again having a ball go through his hands and hit him on the same cheek bone as last year skier that did the same thing! Unlick Tommo - hope the op goes well on Thursday mate. In the end we bowled west London out for 147 in the 35th over. WCC reply got off to a good start with Scooby and Woody scoring well and putting on 70 or so for the opening stand - there was there after a steady fall of wickets